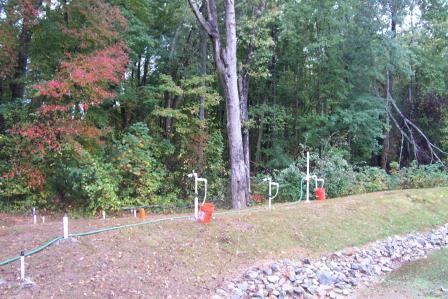 Soil excavated for the construction of a retention wall was identified to have been impacted by the petroleum released from the subject site. Additionally, vapors were entering the sanitary sewer system located directly adjacent to the site, and the presence of petroleum vapors entering adjacent building via the sanitary sewer system prompted emergency response activities in April 1997.

As a part of the initial investigation completed at the site, a vapor extraction system was installed to mitigate the impact to the sanitary sewer the utility trenches. Beyond the observed impact to utility trench, the next nearest potential receptor is a surface water body (creek) located approximately 365 feet southeast of the site.

A Corrective Action Plan (CAP) – Part B was submitted to the Underground Storage Tank Management Program (USTMP) in February 2007.

The CAP – Part B objectives included:

Additionally, a series of mobile multi-phase extraction (MPE) events were proposed to remediate the groundwater adjacent to the underground storage tank system. An initial ISCO application was to be followed by groundwater monitoring, and additional ISCO applications as necessary. In a letter dated April 9, 2007 the USTMP technically approved the CAP – Part B. 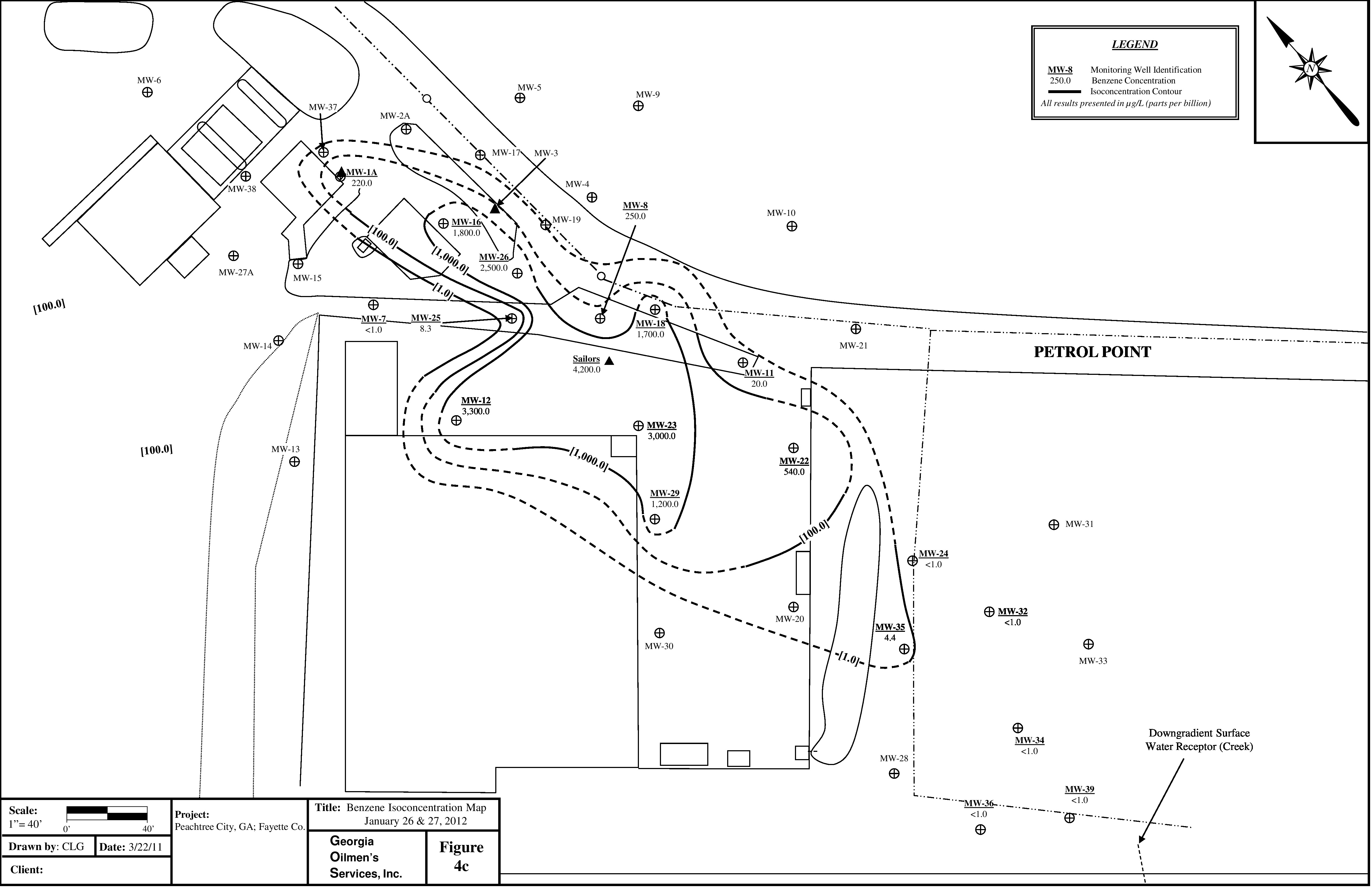 Significant reductions in the total groundwater contaminant concentrations had been observed across the site since the remedial phases were initiated and the corrective action objectives for the subject facility were met. The USTMP granted the site a status of No Further Action (NFA) Required on June 29, 2012.

The total costs of the project to completion are approximately $894,735.

To learn more about Georgia Oilmen's Services, please contact us.

Home | Services | Our Markets | Case Studies | About Us | Resources | Contact Us